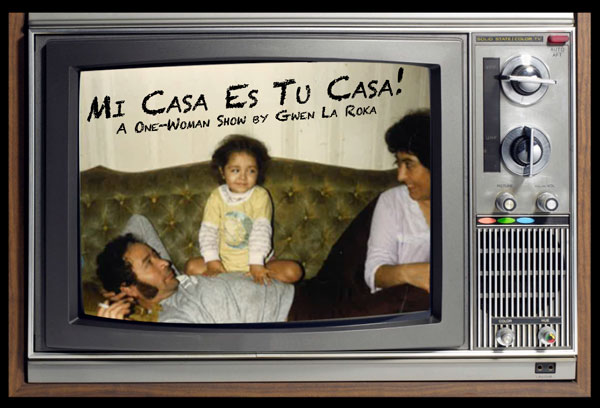 A Co-Production by Mikey O & UrbanTheater

Mi Casa Es Tu Casa; a saying often spoken by Latinos as we welcome others into our homes and now the perfect title to Comedian Gwen La Roka’s new one-woman show. Join Gwen as she takes you on a hilarious ride into life in her “casa”, a home filled with chaos, cumbias and old school remedies.

Gwen’s honest comedic approach, meshed with her physical humor and passion for social justice, enables her to bring together diverse crowds of all backgrounds, reminding us that we are all one in the same, here to live life with a little laughter in our hearts.

Gwen’s has been featured at The Laugh Factory, Zanies, The Improv, Second City, and The Icehouse in California.

Gwen has also worked with the legendary Paul Rodriguez and has shared the stage with comedy giants like George Wallace, Felipe Esparza, Gina Yashere, Ralphie May, and Finesse Mitchell to name a few. She has been featured on ABC’s “Ñ Beat” and “Adelante” on WGN. 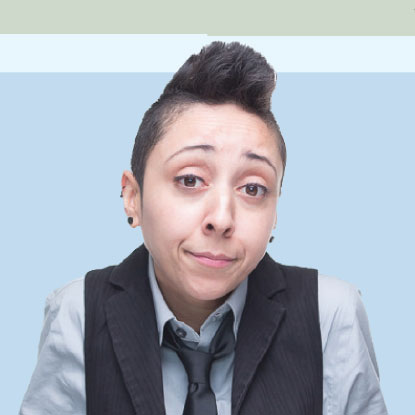 Since first taking the comedy scene by storm in 2009, Gwen La Rŏka, pronounced [rok-uh], is proving to be one of Chicago’s fastest up and coming comediennes. Her recent appearance on Chicago’s ABC Channel 7’s Emmy-Award winning show “Ñ Beat” is just one of the growing list of high profile coverage that is a testament to her laughter stimulating talent. A Jacqueline of all trades, Gwen’s past stint with UIC’s “The Vagina Monologues”, Teatro Luna’s rave-reviewed “Machos”, and improv training at Second City Theatre has given her a grasp on acting, which she seamlessly combines to create her highly energetic comedy routine that keeps crowds laughing. Never forgetting her cultural roots and the need to relate to an audience, she incorporates real-life experiences from her escapades of growing up in a Latin household to her struggles of being a skinny girl in the Windy City.

Gwen’s commitment to grassroots activism and social justice has inspired her to be a comedic voice to many marginalized communities. Her devotion to various grassroots projects has made her a highly requested and in-demand comedian/host for numerous events and fundraisers aimed at helping local organizations, charities, shelters, and services for the oppressed and underprivileged communities. Similarly, audiences enjoy her often quirky, real, yet clean viewpoint when raising awareness on important issues such as body image, sexual identity and even medical topics such as her scoliosis diagnoses.

Gwen’s honest comedic approach, meshed with her physical humor, enables her to bring together diverse crowds from all ethnic backgrounds in solidarity, reminding us that we are all one in the same. Gwen La Rŏka; she is real, she is funny – she is real funny!